Of spice and tea

As someone who came to the study of landscape history from a love of flowers and gardening, I write surprisingly little about horticulture. So, to make amends, this whole post is about some of the plants we saw on our recent trip to the southern Indian state of Kerala.

Up in the Cardamom Hills, we toured a delightful spice plantation (apparently the one featured in Monty Don’s TV programme Around the World in 80 Gardens). Our guide not only showed us the plants, but let us taste and smell and feel the spices, all of which were grown organically. We often struggled to guess what they were, given how unfamiliar we are with the plants that produce even well-known flavourings. 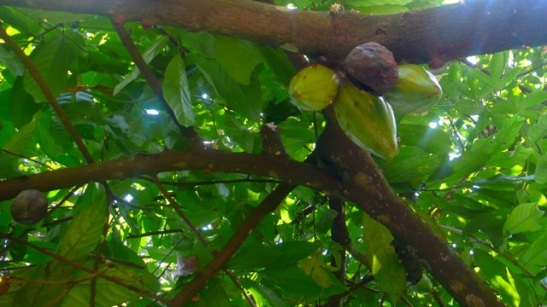 The cocoa tree (Theobroma cacao) is not native to India but thrives in the Kerala climate. Its flowers and the chocolatey beans grow directly from the trunk. 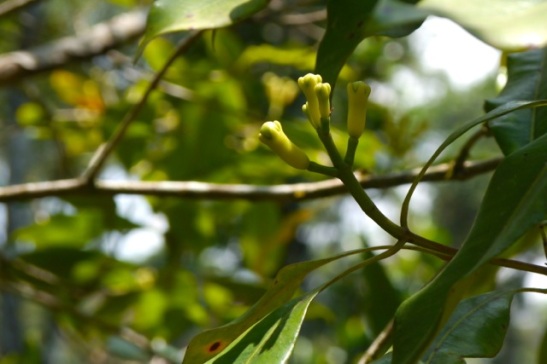 These are the young flower buds on a clove tree (Syzygium aromaticum). 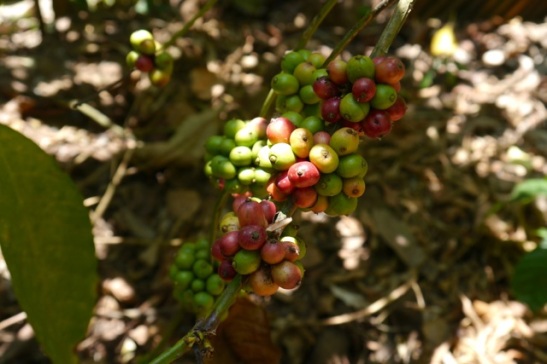 Ripening coffee beans. Although not native, coffee has apparently been grown in India for centuries.

Cardamom flowers and seeds are produced at ground level on a large herbaceous perennial (Elettaria cardamomum).

One of the ornamental plants grown at the spice plantation, this is Thunbergia mysorensis, commonly known as the ladies shoe plant or clock vine. It is pollinated by sun birds. 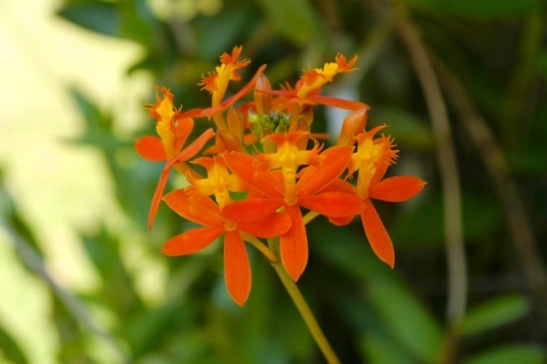 The holy cross orchid, Epidendrum radicans, which is commonly grown in Kerala.

While much is changing at a frantic pace in India, many traditions around spices remain, and they are still usually sold loose, scooped from open baskets into paper packets. The smell of the uncovered spices in large markets, such as the one in Old Delhi, can be almost overpowering. 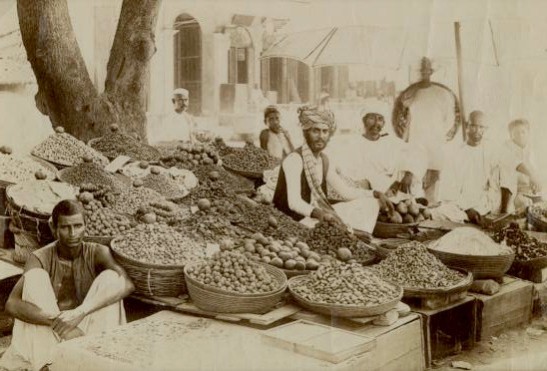 Many of the hillsides in Kerala are covered in a single plant – camellia senensis, the tea bush. It is native to parts of India, but apparently was not cultivated commercially until we Brits arrived and, in typical colonial fashion, brought in other Europeans to establish and run large tea plantations. The climate in Kerala is perfect for tea production and the young buds and leaves can be harvested more or less throughout the year, which means constantly clipped shrubs cover the hillsides like vast mad parterres.

It is easy to take evocative photos of the female tea pickers with their baskets and colourful clothes among the bright green plants, but the work is slow and hard and the conditions sometimes murderously grim. As with the spices, practices do not seem to have changed much in two centuries, although sometimes now the pickers, instead of pinching out the tips of each branch, use scissors to collect the young leaves. Certainly when we were taking these photos, all we could hear was a gentle snipping sound. 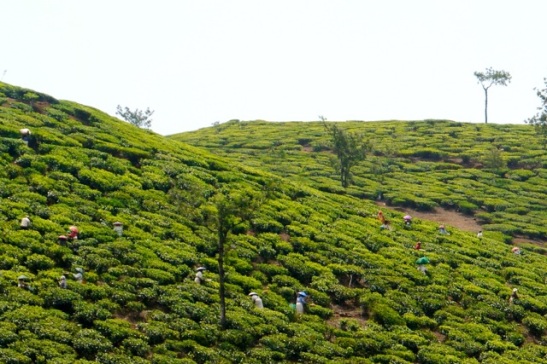 Tea pickers in the 1880s. Image from oldindianphotos.in

India today is the world’s biggest consumer of tea, most of it drunk as the splendid sweet, milky version known as chai, which is boiled up in vats in every Indian market, often flavoured with cardamom, and sold in little cups for a few rupees. One of the less appealing signs of progress is that the cups used to be made of clay, and would be discarded after a single use, gradually to decompose back into the soil. The practice of throwing them on the ground remains today – but the little cups are now plastic, and are strewn as litter in every Indian town. 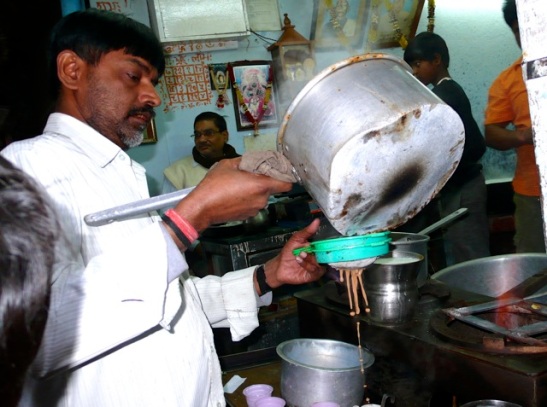 An Old Delhi chai-wallah at work.

7 comments on “Of spice and tea”

This entry was posted on April 28, 2013 by landscapelover in India and tagged Around the World in 80 Gardens, chai, how spices grow, Kerala, Monty Don, spice plantations, tea plantations.