World landscape of the year

Awards are funny things. A while ago I was sniffy on this blog about Gardens Illustrated’s Garden of the Year, which seemed to be picked from a random shortlist solely on the basis of a few photographs.

Now I’ve visited another feted design, this time with the even grander award of World Landscape Project of the Year.  The current holder of this title is the awkwardly named Bishan – Ang Mo Kio Park in Singapore. It’s a linear neighbourhood park in the residential centre of the island, a bus ride away from the tourist spots, and of course on a recent visit I dragged my reluctant family there to see what the fuss was about. 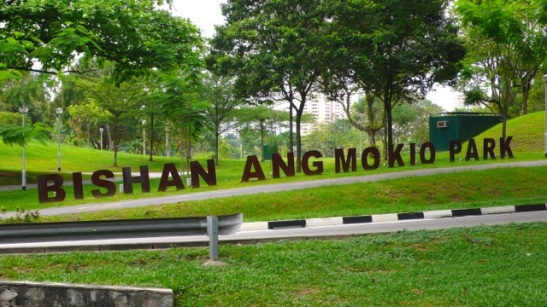 The judges’ comments certainly made it seem worth a visit:

This remarkable project fundamentally transforms the urban landscape of Singapore by reversing the fundamentals of 1960s thinking on drainage canals into an ecological and people-friendly urban sponge. It powerfully embraces the extremes of flooding disasters, while providing a rustic and poetic simplicity with its landscape strategy for the public. Its large scale with subtle local effects also showcases truly sustainable strategies.

Fifty years ago, in line with the thinking of the time, the Kallang river had been forced into a concrete canal to whisk storm water efficiently away from this developing part of Singapore. The park was added either side of the canal in the late 1980s but, for safety reasons (remember that this equatorial part of the world has up to 25cm of rain a month, much of it in thunderous downpours), the water was fenced off and inaccessible to park users.

Image of the old canal from information board at the park

Now the German design firm of Atelier Dreiseitl has broken up the canal and introduced a naturalistic path for the river, which flows through a created flood plain, allowing the water levels to fluctuate significantly and thus limit the risk of flooding downstream. The new approach also allows visitors to interact with the water, and better understand its processes, and has apparently increased the biodiversity of the park by thirty percent. 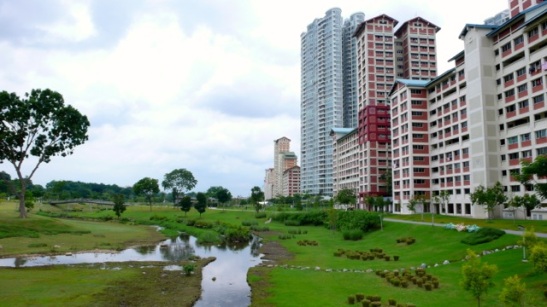 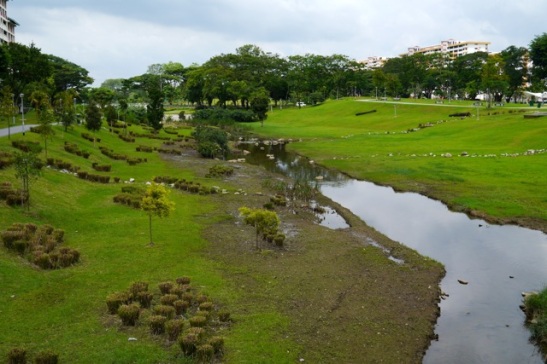 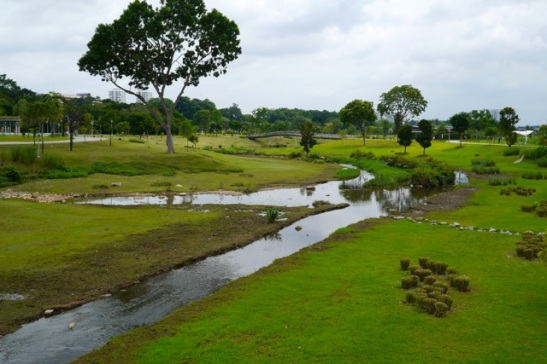 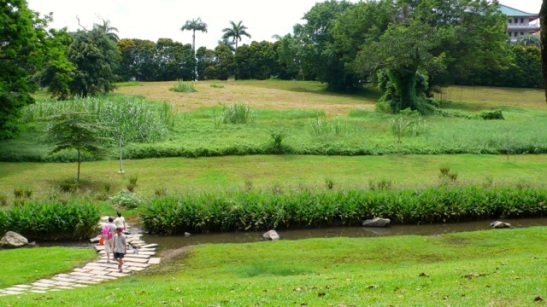 Plan of the park, from information board on site.

As a helpful sign explained, the risk of soil and bank erosion along the new waterway has been addressed through various combinations of vegetation and other natural materials, from rip-rap and fascines to reed rolls and gabions. 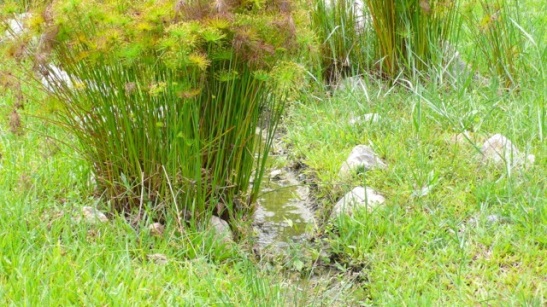 There is also a large bioswale, which uses certain plants to improve water quality by filtering out pollutants and absorbing nutrients.

Part of the purpose of the bioswale is to support the children’s water playground, which when we visited was sadly closed for unspecified reasons. But there are two other funky (if not obviously eco-friendly) playgrounds. 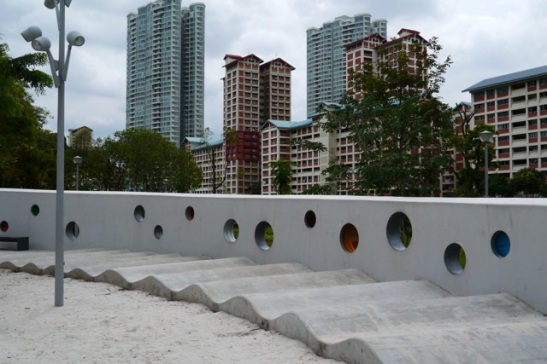 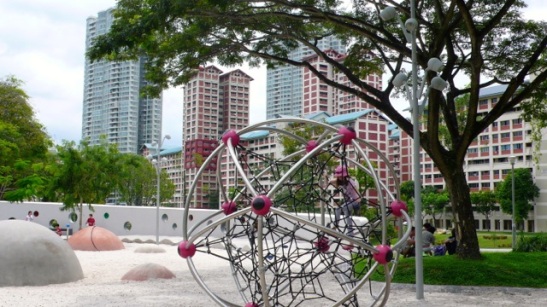 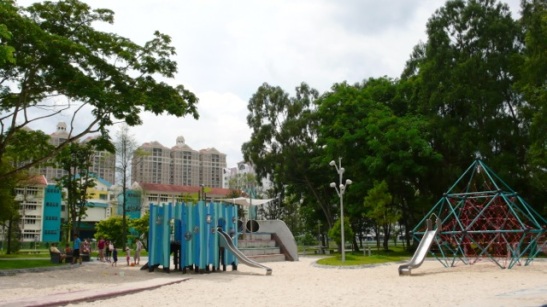 This project is doubtless a great piece of engineering, probably worthy of its award, and has without question left Bishan-Ang Mo Kio park more aesthetically pleasing than it was. There is an impressively holistic approach to the redesign, and a nice attention to detail. Informational signage is good (if all clustered in one part of the park), the playgrounds were a hit with my nine-year-old, and there is little doubt that the changes aim to make the park work in a more natural and sustainable way.

You can probably sense the “but” coming. I was left with two nagging concerns: first that this naturalistic park somehow couldn’t escape the manicured, pristine feel that pervades all of Singapore, which I have described elsewhere. Maybe that is just because it so new.

More worryingly, it was a public holiday when we visited and yet, as you can see from these photos, the park was almost deserted. A few children made use of the playgrounds, and we saw two small groups of older kids near the water, armed with little fishing nets. It struck me that there is precious little shade (less than before the changes), and most of the paths felt very exposed in the constant heat and humidity of Singapore.

For much of its 62 hectares, and despite the designers’ aims to create new spaces for the community to enjoy, Bishan-Ang Mo Kio park felt more like a piece of restored wetland than a traditional public park – and I am still musing on how far that matters. Do designers need to do more to make sustainable landscapes obviously suitable for people – or do we as visitors need to adjust our expectations and find new ways to enjoy and use this innovative kind of park?

12 comments on “World landscape of the year”