Stourhead: the wrong kind of history?

Stourhead is one of the finest examples of an English landscape garden.

Inspired by politics, travel, literature and painting, the eighteenth century English landscape movement introduced a radical new style of naturalistic garden across England and, soon, across much of the world. Clipped, geometric gardens became viewed as static and old-fashioned, and were ripped out in favour of free-flowing romantic styles more directly inspired by nature, by designers such as William Kent and Capability Brown. 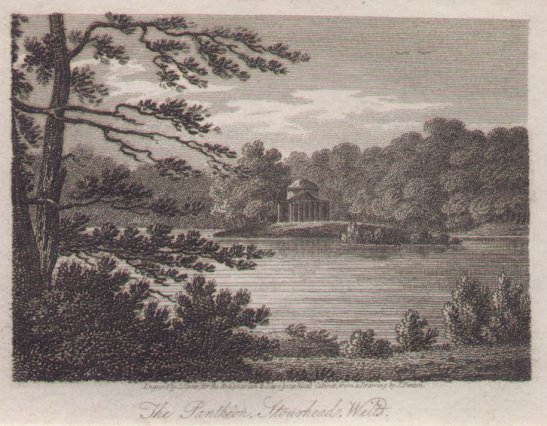 Stourhead and its Pantheon from Richard Fenton’s Tour of 1811.

From 1744, Henry Hoare II laid out a garden in the new style at the estate he had just inherited at Stourhead in Wiltshire. Nestled in a valley, it remains today a perfect combination of seemingly natural water, trees and grassy slopes. Walking around the lake offers pleasing glimpses and reflections of classical temples and grottos. 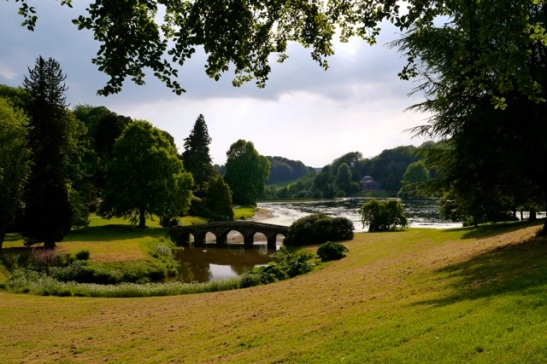 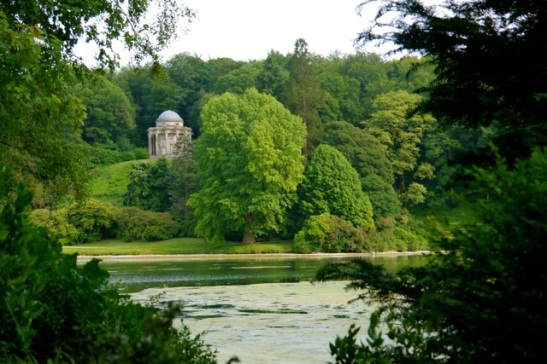 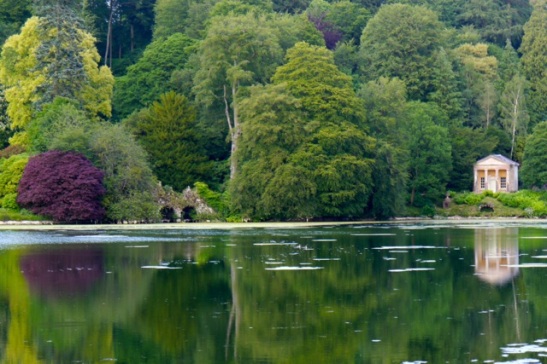 When we visited last month – even with the Pantheon temple obscured by scaffolding, the lake level lowered for maintenance work and the water covered in algae – it was still quite breathtaking. 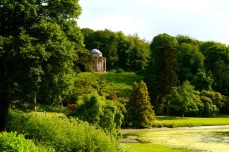 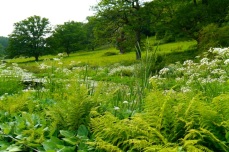 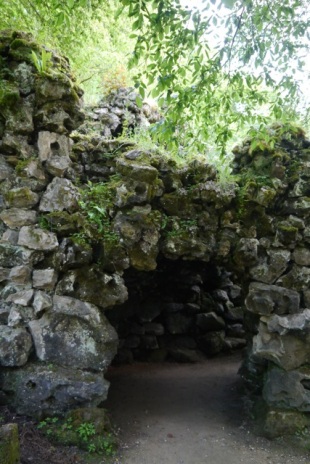 Yet visitors this summer may come away with quite a different sense of the history of Stourhead. Its current owner, the National Trust, has decided to celebrate the story of “young Harry Hoare,” who briefly helped his family restore the house and grounds between 1911 and his death from wounds sustained on a distant battlefield in 1917. His story was chosen no doubt to mark the centenary of the start of WW1. It is told in large information boards at the visitor centre, in a massive mock book at the entrance to the garden, in panels on the zigzag entry path, and in the official map and guide given to visitors. 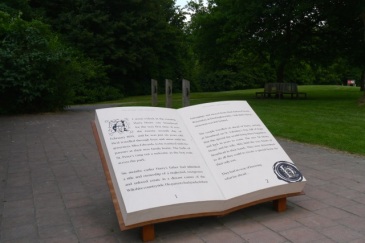 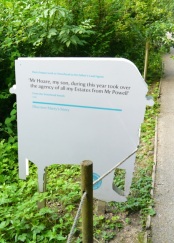 I am not sure what to make of this. On the one hand, I am a great fan of history being seen as a continuum, with stories from various points in a garden’s life just as important as the tale of its creation. Recently I wrote in favour of exactly this approach at another National Trust property, at Seaton Delaval in Northumberland. In a way, it is good to hear about later members of the Hoare family and their time at the garden, to learn how Stourhead had become unloved and derelict before their stewardship.

And yet Stourhead is such an important example of such an important movement, it seemed to me bizarre not to highlight that part of the story. The casual visitor could easily be misled into thinking this was a late Victorian garden rather than a supreme example of an eighteenth century one. Only panels in the woodland with quotations from Alexander Pope (including his famous instruction to garden-makers to “consult the genius of the place in all“) make reference to the period when the garden was created. Even then, to grasp the significance, visitors would probably need already to be familiar with Pope’s influential role in the English landscape movement. 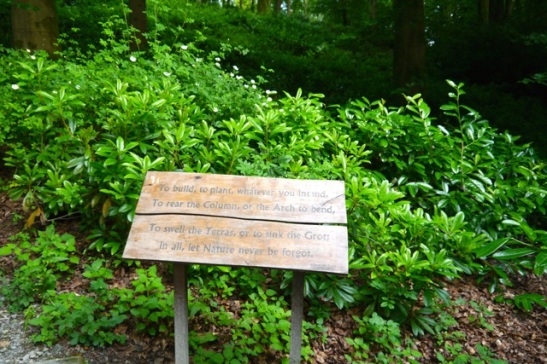 Stourhead is an embodiment of one of England’s greatest contributions to the world of art. Relegating the story of its creation to a footnote in the tale of a later bit-player must surely be a disservice to the garden’s many visitors this summer. Or maybe that’s just an old-fashioned view from a pedantic landscape historian? 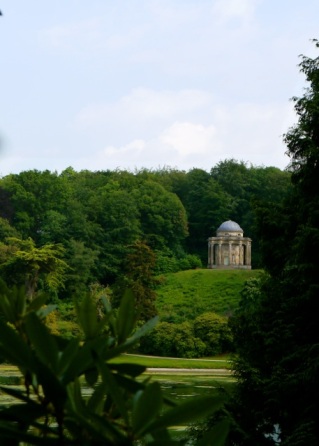 5 comments on “Stourhead: the wrong kind of history?”

Leave a Reply to Chris U Cancel reply