The most popular sites in the world

Google has just produced a ‘heatmap‘ of the places people most like to visit. It’s a fascinating if not entirely reliable snapshot of the world’s most popular sites, based on the number of images posted on the photo-sharing website Panoramio.

The most popular place in the most popular city is perhaps surprisingly the Guggenheim Museum in New York. Nearby, Olmsted’s great Bethesda Terrace, the heart of Central Park, does pretty creditably as New York’s 5th most photographed site.

The most photographed place in Paris? Depressingly, it seems to be the super-touristy red windmill of the Moulin Rouge (original home of the can-can), followed by the nearby marble confectionery of the Sacré Coeur basilica. The great Paris parks (the Tuileries, the jardin du Luxembourg) limp in at number 52 and 31 respectively. More encouragingly, the palace of Versailles is more photographed than Disneyland Paris (although not by much). 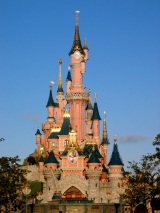 The orangerie at Versailles

Of course such a map raises all sorts of issues. How far are the users of Panoramio representative of the public more widely? What makes us take a photo of one place but not another? Does posting a photograph of a site necessarily mean it’s somewhere we liked visiting? I can’t believe, for instance, that the tourist bedlam of Piccadilly Circus is really visitors’ favourite memory of London, even if it is the place more of them photograph than any other.

Despite these questions, the Google Sightsmap is an interesting new perspective on how we see and value the world, and well worth a look. I am cheered to see Google putting some of its mass of data to use in novel ways – I’ve written previously about its Ngram viewer, which plots how words and phrases trend over time, and which continues to be refined – and I look forward to more such developments.

2 comments on “The most popular sites in the world”

This entry was posted on January 23, 2014 by landscapelover in Paris, UK, United States and tagged Google Sightsmap.