Faith in the future

Born from the trauma of partition, the northern Indian city of Chandigarh, in the Himalayan foothills, was designed as a model city and a decisive break with India’s colonial past. 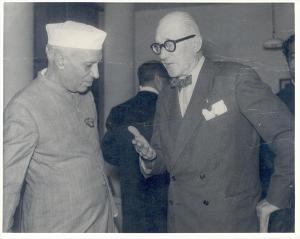 Nehru, the country ‘s first prime minister after Independence, famously described it as “a new city unfettered by the traditions of the past. ..an expression of the nation’s faith in the future.”

From 1951, the design work was led by the great Swiss-French architect Le Corbusier, working with three other Europeans and a team of young Indian architects.

Much has been written about the city – on the irony of Western design becoming the symbol of India’s future; on whether Chandigarh really adapts European style to the very different climate, values and lifestyles of northern India; on the seeming success of the new city in terms of wealth creation, sanitation and human well-being.

I was lucky enough last month to join a private tour of Corbusier’s capitol – the great civic centre of the city, with its high court, assembly building and secretariat arranged around a vast courtyard. There is no easy public access to any of these buildings, and it was a privilege to visit them in the company of international architectural historians and preservation experts.

To my eyes, the buildings were an extraordinary mixture. The expected monumentality was everywhere, in line with the city’s role as a symbol of the new India. We saw three vast columns dramatically painted in primary colours at the high court: 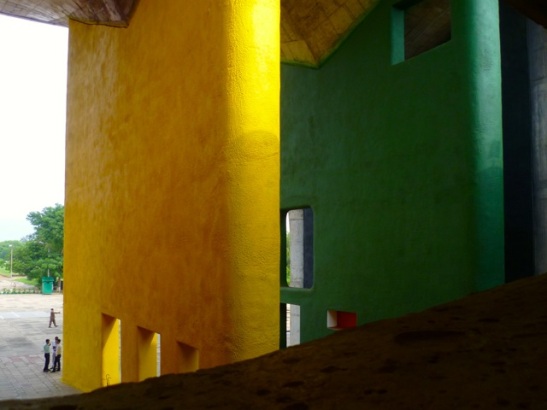 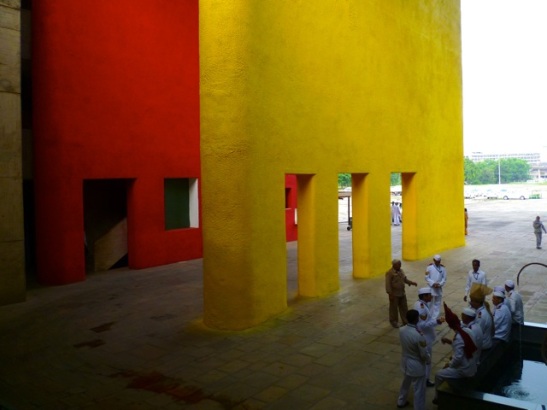 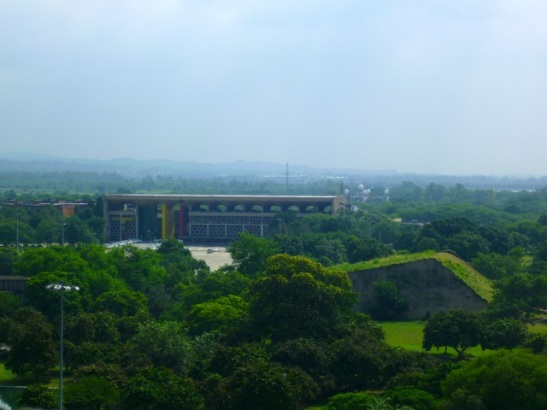 the great curved concrete parasol of the assembly building, reflected in its rectangular pool: 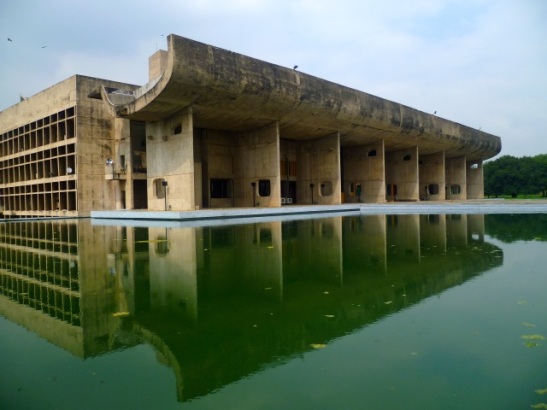 the striking drum shape on the assembly roof, reminiscent of some industrial-scale cooling chimney: 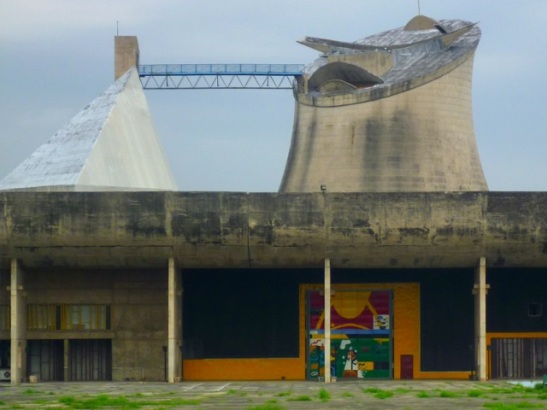 and the towering Open Hand sculpture, now the symbol of Chandigarh. 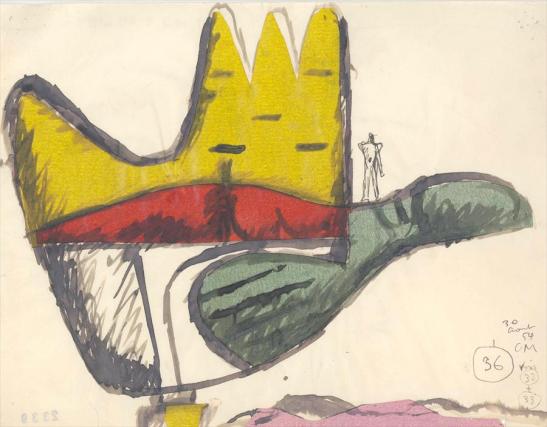 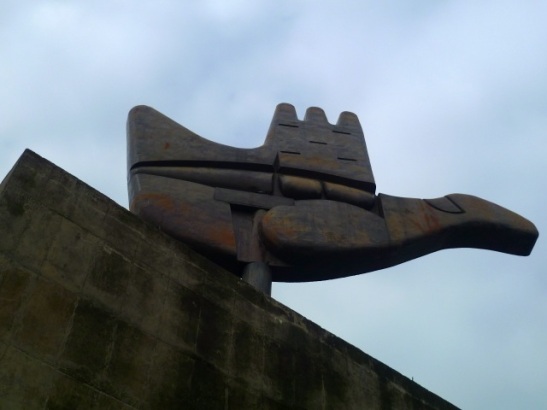 But there were many fine details as well, reminders perhaps of Corbusier’s early grounding in the precision of watch-making and the arts and crafts movement, from the mosaics in the courtrooms: 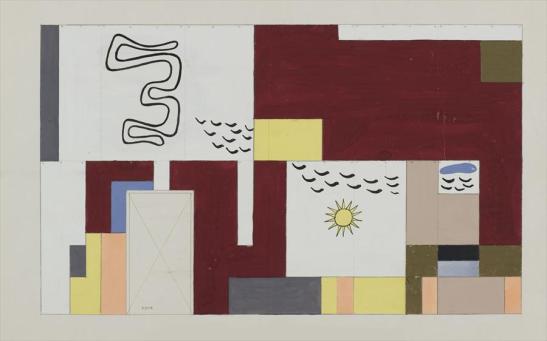 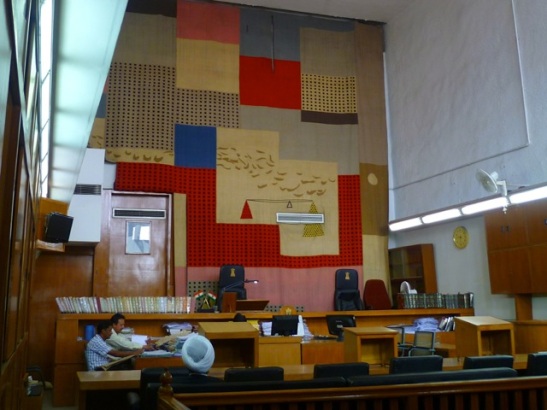 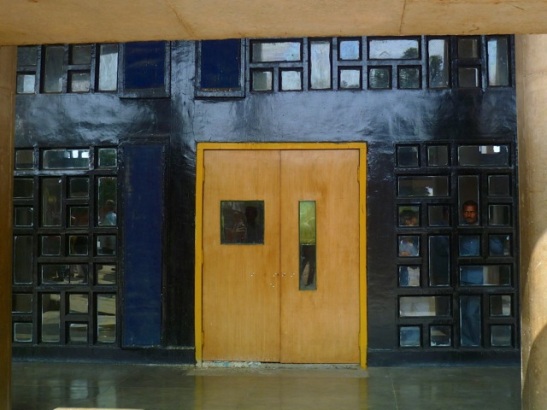 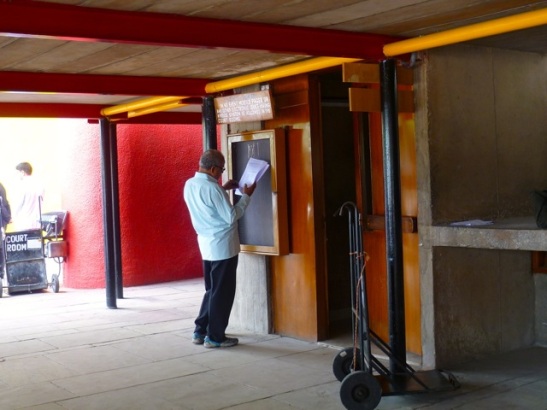 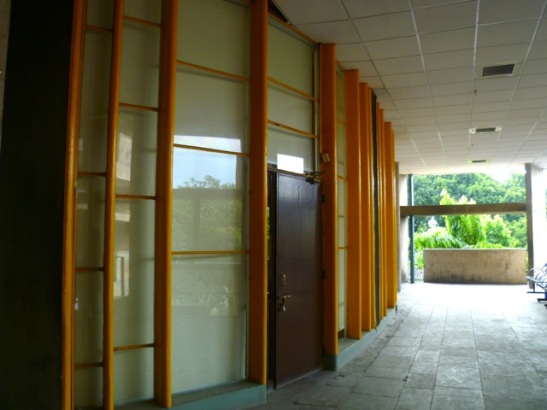 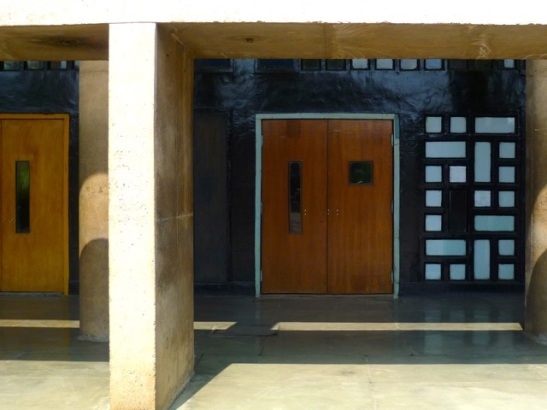 I was in Chandigarh to speak at a conference on 20th century heritage. We discussed how Corbusier’s great capitol may be admired by experts the world over, but is little appreciated by many locals, for whom it is distant from the town centre and irrelevant to their daily lives. We witnessed the challenges of building and maintaining structures on a scale and at a cost unfamiliar to most Indian cities.

And, particularly striking for me as a landscape historian, was the sad impact of a sectarian attack in the 1980s, which led to Corbusier’s once glorious open courtyard being divided up by barbed wire. Instead of being the heart of the complex, the space is now meaningless, neglected and overgrown. Given these issues, the city of Chandigarh proved a perfect example for conference delegates of the joys and challenges of managing designs from the recent past. 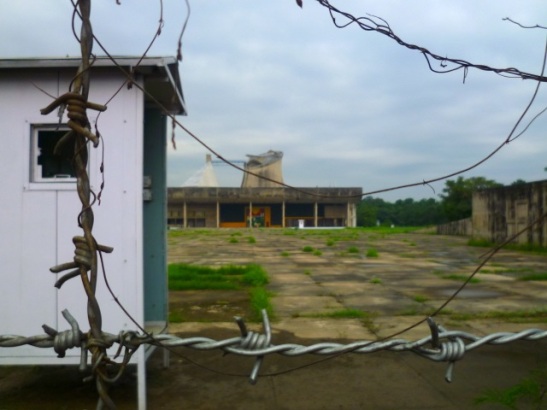 4 comments on “Faith in the future”

This entry was posted on November 5, 2013 by landscapelover in India, Modern design and tagged Chandigarh, Le Corbusier.