Herterton House is a one-acre gem of a place in Northumberland. It has featured on the BBC’s Gardeners World and in national newspapers, and yet remains much less well-known than its popular neighbour, Wallington Hall, owned by the National Trust.

Its creators, Frank and Marjorie Lawley, have made the five gardens here over the past 37 years, using their art history background and love of colours and plants to turn agricultural fields into thoughtful, inspiring places.

The first spot to visit is a physic garden, with herbs and other medicinal plants laid out in geometric beds all edged with a striking dwarf London Pride (Saxifraga x urbium). 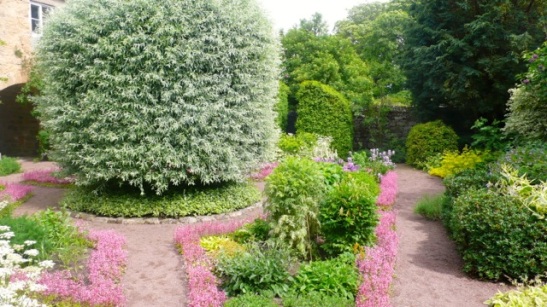 Next, at the front of the house, is a peaceful formal garden, with clipped shrubs and some confident plantings of bleeding heart, foxgloves and asphodel. 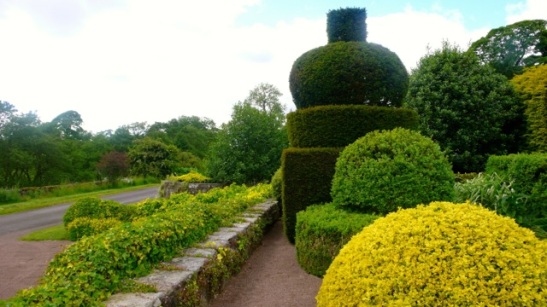 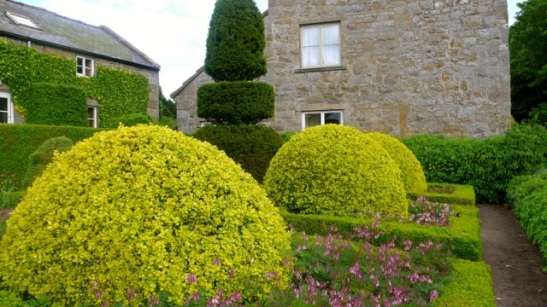 The third space is a flower garden, a delightful mass of colour and form in early July. 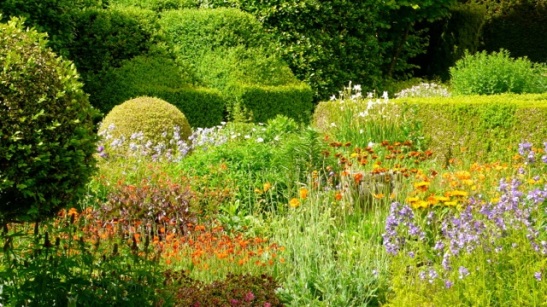 Next comes a deceptively simple ‘fancy’ garden, with parterres laid out to be viewed from the windows of a splendid two-storey gazebo. 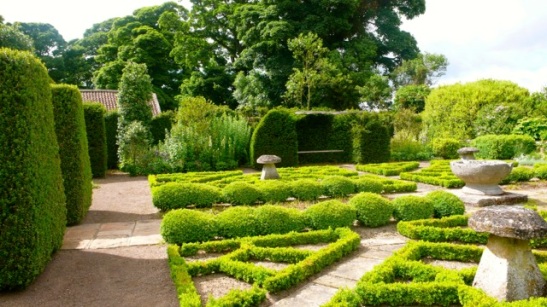 Finally comes the nursery garden, a fine selection of mainly perennial plants, which Frank describes with knowledge and quiet passion, and will happily dig up for anyone who wishes to buy. 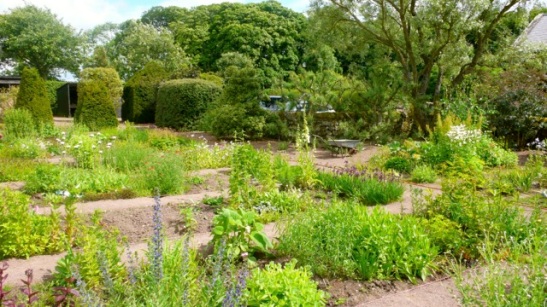 The gardens are laid out around a partly Elizabethan house that is rented from the National Trust. Frank told us that he and his wife had at first planned to stay as tenants and keep the gardens going until they were aged 75, but that milestone is now long past and they wonder if 80 might be the time to stop. Apparently the National Trust has indicated it would maintain the gardens as an attraction after their departure, but Frank is clearly unpersuaded that the Trust will understand the character and spirit of the place. He is planning to produce a book which will chronicle the history and nature of the gardens, to serve as a record of what he and his wife have created.

So many gardens created by individuals seem to fade and wither once an institution takes on their management; I hope that is not the fate of Herterton. Visit while you can: it is open every summer afternoon except Tuesdays and Thursdays.

This entry was posted on July 12, 2013 by landscapelover in Gardens, UK and tagged Herterton House, National Trust.