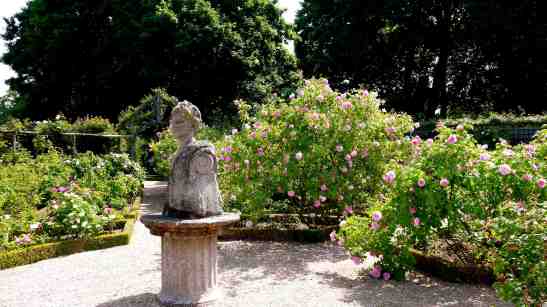 La Roseraie de l’Haÿ is a glorious summer garden, just a few kilometres south of Paris. Dedicated to the queen of flowers, it is the oldest rosarium in France and claims to be “the world’s first rose garden.”

It was created in 1890 by Jules Gravereaux, who spent his career working for Aristide and Marguerite Boucicaut, creators of Parisian department store Bon Marché. Gravereaux then dedicated his retirement to collecting over 3,000 different roses. Such was his passion that he travelled widely, through eastern Europe, Asia Minor and the Balkans, to collect new plants, and helped establish other rose gardens, notably the Bagatelle in the Bois de Boulogne. Gravereaux also bred many new roses, including the highly-scented rugosa seedling called rosa ‘Roseraie de l’Hay’, which was introduced into cultivation by rose breeder Charles Pierre Marie Cochet-Cochet in 1901. 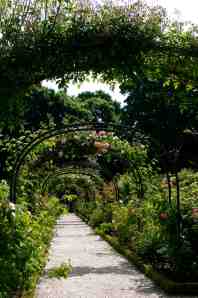 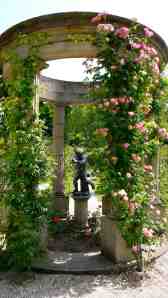 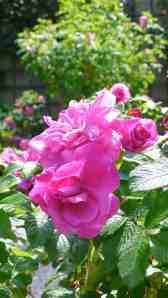 Gravereaux commissioned landscape architect Edouard André to lay out his garden. André was internationally famous as a designer of public spaces through Europe and South America. His career began when he won a competition to design Sefton Park in Liverpool. As Head Gardener of Paris, he worked on the Parc des Buttes Chaumont and the Tuileries. For Gravereaux, André created a classically French garden, with geometric beds, long allées, sculpture, and a central octagonal pool. The roses were displayed not just as bushes, but trained into different shapes, grown on trellis, along wires and over arches, and cultivated in pots and urns.

Since 1968 the garden has been owned by the municipality of Val de Marne, and is carefully maintained, both as an extraordinary rose museum, and as a lovely public park.

The roses are displayed in box-edged flower beds, and the labelled plants are carefully arranged by type and origin. You can learn about the evolution and breadth of the species; equally, you can just enjoy an hour or two immersing yourself in the scents and colours of this most beautiful of flowers, the essence of early summer.

The photos in this post were taken in late May; the garden was lovely, but the bulk of the flowers were still to come. June is the month to visit. 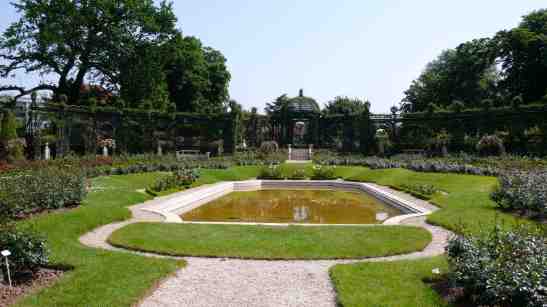